ELI ERIC GA has its second meeting in Dolní Břežany

Members of the ELI ERIC GA gathered for the second time following the establishment of the governing body in June 2021. The meeting took place at the ELI Beamlines facility in Dolní Břežany, Czech Republic on 13-14 October 2021 and concluded with key decisions made on policies, in addition to appointments made of Chairs for both advisory committees, the International Scientific and Technical Advisory Committee (ISTAC) and the Administration and Finance Committee (AFC).

The second meeting of the ELI ERIC General Assembly made important progress with decisions and approvals of policies. Additionally, the Chair and Vice Chairs of the two advisory committees reporting to the GA were appointed. Prof. John Collier of RAL in the United Kingdom and Dr. Marta Fajardo of IST in Portugal were appointed Chair and Vice Chair, respectively, of the ELI ERIC ISTAC, while Jan Buriánek was appointed Vice Chair of the ELI ERIC AFC. Both Chairs were in attendance during the meeting. The advisory bodies ISTAC and AFC offer independent advice on key scientific, technical and financial aspects related to joint operations of the ELI facilities in Hungary and the Czech Republic, in addition to recommendations for long-term strategy and policies.

“Establishing the advisory bodies of ELI ERIC is a critical step for the organisation,” says Caterina Petrillo, Chair of the General Assembly. “It is very reassuring to have leading experts from both the scientific and the management field which will guide the daily operations of the organisation. I am personally very pleased to be working with key figures from the laser science and research infrastructure community.” 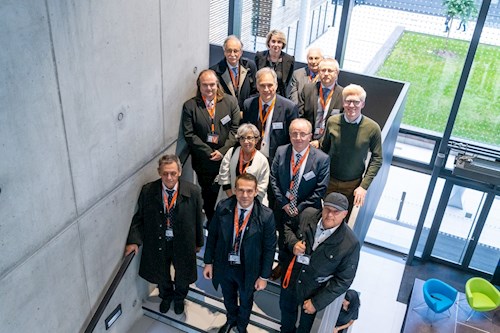 As the next step towards joint operations of the ELI ERIC facilities, statutory policies were presented to the GA members and approved. The New Members Policy outlines the principles for outreach activities to potential new Members, Observers and Strategic Partners which is essential for ELI ERIC to maximise its scientific capacity, international significance and long-term sustainability. In compliance with the European Data Protection legal framework, the Data Protection and Privacy Policy regulate the processing and handling of personal data. The Access and Data Policies have been sent to the advisory bodies for further deliberation.

These policies create a crucial link between the governance and the management of both facilities,” says Allen Weeks, Director General of ELI ERIC. “We are looking forward to the next steps of integrating the ELI facilities and hopefully we can gather everyone around the same table in person again in the near future.”

Finally, the Operating Agreements are central to allow ELI ERIC and the Host Institutions to jointly perform the ELI ERIC statutory tasks and activities. They will pave the way towards the handing over of operational responsibilities to ELI ERIC.

The meeting was a hybrid meeting and representatives from all member and observer countries were in attendance. The next meeting will be held in December and will be an online meeting. 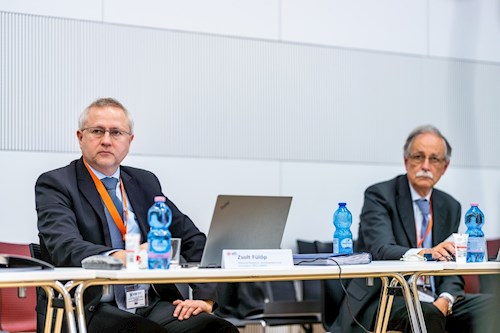