An international team of scientists, including scientists from the ELIBIO Excellence Team at ELI Beamlines, has published the structure of a unique photosynthetic apparatus by which special bacteria from a lake in the Gobi Desert capture sunlight. The discovery may provide a means for enabling microorganisms that currently cannot process sunlight to be able to photosynthesise.

Bacteria belonging to the "almost unknown" genus of Gemmatimonas were discovered in 2014 by scientists from the Institute of Microbiology of the Academy of Sciences of the Czech Republic in Třeboň in Lake Tiān é hú (Swan Lake) in Gansu, China, at the Gobi Desert. Unlike their relatives, these Gemmatimonas phototrophica bacteria contained a blue-green dye bacteriochlorophyll, indicating that they were able to use sunlight to live. Surprisingly, members of the genus Gemmatimonas originally did not have the ability to photosynthesise and obtained all the necessary genes by “horizontal transfer”, from foreign, unrelated strains of bacteria. The possibility to exploit this observation to introduce photosynthetic machineries into other microorganisms has practical implications to synthetic biology, where new combinations of genes can be put together in the laboratory. If the transfer of photosynthetic genes could be repeated in the laboratory, it would be possible to give other organisms the ability to use the energy of light to make their food. 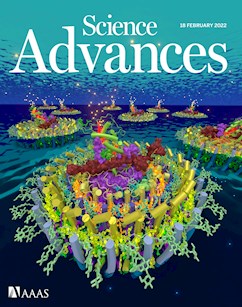 A team of researchers, including those from the Institute of Microbiology of the Academy of Sciences of the Czech Republic (AVČR), the University of South Bohemia in České Budějovice, ELIBIO scientists from ELI-Beamlines (part of the Institute of Physics of AVČR), as well as two U.K. institutes, the University of Sheffield and ThermoFisher Scientific from Cambridge, worked together on this project. They have now succeeded in describing how the photosynthetic apparatus of these unusual bacteria is assembled by producing a detailed structure of the system at 2.4 Å resolution by cryogenic electron microscopy, and characterised the system using advanced laser spectroscopy.

The team has shown that the complex consists of three parts: the central reaction center (RC), an inner light harvesting ring (LH1) of the kind normally found in RC-LH1 complexes, and a new type of outer LH ring, called LHh.

An understanding of the functional properties of this new photosynthetic system would require the characterisation of the energy levels and possible energy transfer routes within the complex. For this end, the two ELIBIO researchers (Miroslav Kloz and Petra Čubáková) have used Femtosecond Transient Absorption Spectroscopy to identify and characterise the individual energy transfer routes within the RC-dLH complex. Their results show how the energy of sunlight is transferred from the antenna pigments in the LH rings, which first capture the sun’s energy, to the reaction center where this energy is used for charge separation, kick-starting the chemical reactions of photosynthesis.

These studies revealed the individual pathways of energy transfer (ET) within the network of antenna pigments, revealing ET pathways between carotenoids (gemmatoxanthin) and bacteriochlorophylls (BChls) and showing these to be 80% efficient. They also showed there were two groups of BChls: one absorbing at ~800 nm, and the other at ~820 nm and showed that the energy flow from the outer to the inner ring was faster than the equivalent between LH2 and LH1 complexes in purple bacteria.

The results show that the concentric, double-ring RC-dLH complex not only represents a unique, compact, and exceptionally stable complex for efficient harvesting, transfer, and trapping of solar energy but also exemplifies some of the interesting evolutionary innovations.

The results of the research were published in the prestigious journal Science Advances, and the image of the photosynthetic apparatus attracted the attention of the editors, who published it on the cover of the latest issue of the journal.