The Extreme Light Infrastructure ERIC (ELI ERIC) and Institute of Physics (FZU) of the Czech Academy of Sciences have signed agreements to integrate the Beamlines Facility into ELI ERIC. The 6th ELI ERIC General Assembly (GA) approved the agreements and endorsed key policies critical for future operations of ELI ERIC.

The integration of ELI Beamlines into ELI ERIC is a major milestone of the second year of ELI ERIC's operations, and was a key topic during the 6th ELI ERIC GA meeting held on 17-18 October in Brno, in connection to the International Conference for Research Infrastructure 2022 (ICRI). ELI ERIC will operate the high-power laser facilities ELI Beamlines and ELI ALPS as an integrated organisation, with a unified governance and single management structure. An agreement signing ceremony following the GA marked the occasion integrating the ELI Beamlines Facility into ELI ERIC as of 1 January 2023. 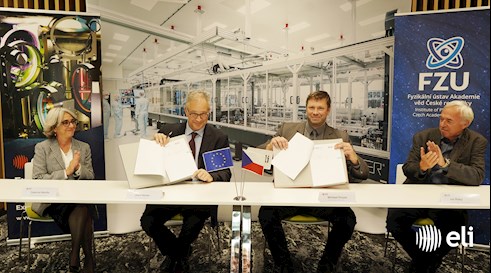 Singing of the agreement between ELI ERIC and FZU

“This is a critical step for ELI, one we have been working towards for more than 10 years,” says Michael Prouza, Director of FZU. “An integration of such scale is a complex process and unprecedented on a Czech national level. It has been supported by many different stakeholders without whom this would not be possible today!”

Until now ELI Beamlines has been a part of the FZU. The establishment of the ELI ERIC and pursuant integration of the Facilities into the ELI ERIC launches a new chapter for the research facility. ELI Beamlines' assets, including land and buildings, all rights and obligations such as employee contracts and grants connected with the ELI Beamlines Facility, as well as all existing intellectual property rights will be transferred from FZU to ELI ERIC.

The agreement launches a long-term strategic partnership facilitating future cooperation and scientific collaboration between FZU and ELI ERIC. Through the partnership, the Czech scientific community and industry also gain access to ELI ERIC and participate in connected technological development and innovation.

“The integration of ELI Beamlines is a major shift in terms of how we manage ELI ERIC,” says Director General Allen Weeks. “This means the ELI Facilities now start to be operated directly and is the responsibility of all the member countries of the ELI ERIC, not only the Host Countries. It is important for laying out a path for further countries to join ELI ERIC in the future.”

Representatives of the Academy of Sciences of the Czech Republic, the hosts from the Czech Ministry of Education, Youth and Sports and Members of the ELI ERIC General Assembly Members took part in the signing ceremony. 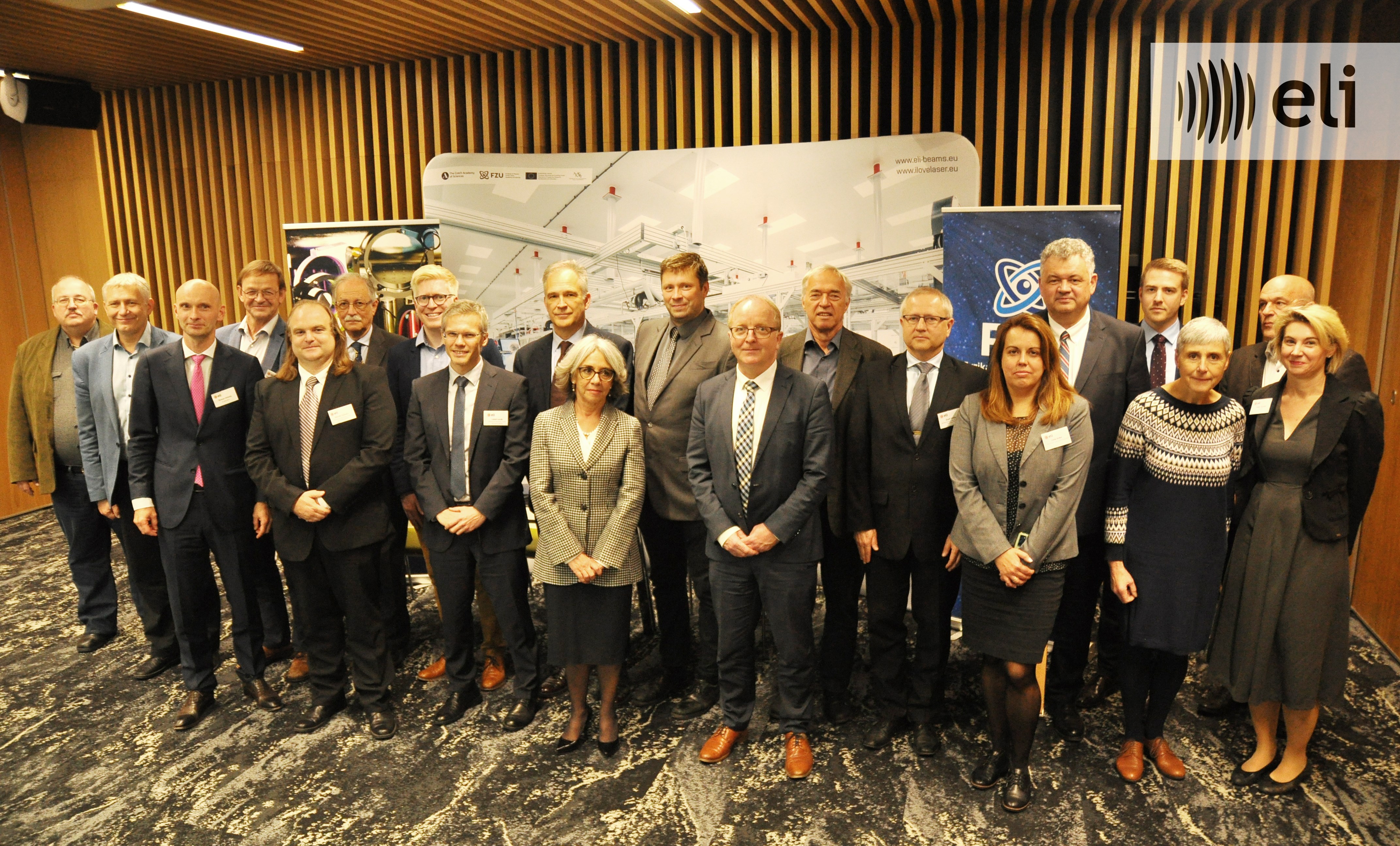 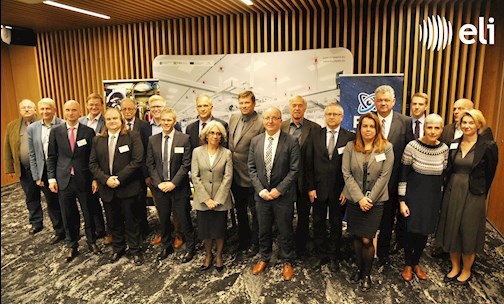 During the GA meeting, several further key policies for the operations of ELI ERIC were endorsed. The Information and Communication Technologies (ICT) Policy supports the implementation of the ELI ERIC Data Policy and Access Policy for users, as well as the development of ELI’s Integrated Management. The Innovation and Industry Policy aims to maximise ELI’s impact on innovation through the development of a managed approach to knowledge transfer and industrial access. Finally, the Communications Policy ensures efficient internal and external communication, promoting the ELI ERIC activities and disseminating the scientific and technical results with high local and international visibility towards stakeholders, the scientific community, and the general public.

The 6th General Assembly meeting is followed by other side and satellite events which ELI ERIC is organising in the context of ICRI2022. In cooperation with Laserlab-Europe, ELI ERIC is also hosting an evening in celebration of Europe’s Laser Landscape at the Brno Observatory. As part of the Citizen’s Programme of ICRI, ELI ERIC Director General Allen Weeks and incoming Director of Science, Andrew Harrison will host a talk during the Vida After Dark event.