The Extreme Light Infrastructure (ELI) is a step closer to officially becoming an international organisation. The Czech Republic and Hungary, together with Italy and Lithuania, have formally applied to the European Commission to establish the new, pan-European organisation known as the Extreme Light Infrastructure ERIC (ELI ERIC). The United Kingdom has confirmed to join as a founding observer.

The ELI facilities in the Czech Republic and Hungary will operate together as the world’s most advanced laser laboratories under the umbrella of a European Research Infrastructure Consortium (ERIC). The new legal form enables the member countries to govern the facilities jointly and make them available to the scientific community as a single international organisation.

This is an important step of a process overseen by the European Commission to establish an ERIC in that it demonstrates the political support necessary to sustainably support it into the future. The European Commission will review the application and the members expect it to be confirmed within six months.

“This application is a significant milestone after a decade of planning and construction,” says Allen Weeks, Director General of the ELI Delivery Consortium. “At that point the newly formed ELI ERIC will organise the joint scientific user programme and begin to coordinate the technical operation.” 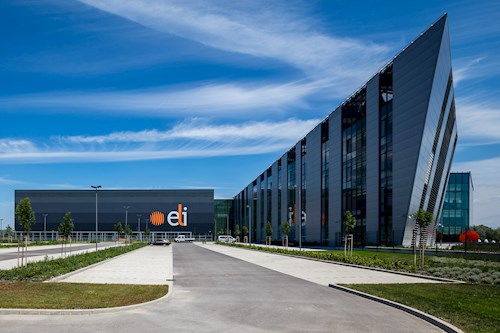 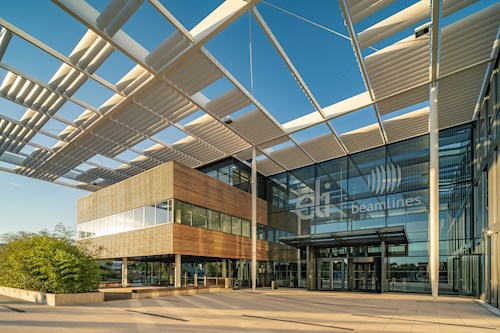 The application comes almost 60 years after Theodore Maiman developed the first laser on May 16, 1960. The aim of ELI is to be the world’s most advanced laser-based research facility. It is the result of a push by leading scientists in the European laser community. The goal was to build state-of-the-art research infrastructures dedicated to the fundamental study of laser-matter interaction in extreme conditions and extremely short time domains (one quadrillionth of a second).

The ELI-Beamlines facility in Dolní Břežany, Czech Republic, and the ELI-ALPS facility in Szeged, Hungary, together have a complimentary collection of the world’s most intense, shortest-pulse laser systems. While they were constructed separately, the aim is to offer both facilities for scientists to use under one umbrella. They are in the final stages of commissioning and have already begun to open their doors to the research community.

“Operating the two facilities will be more efficient and enable joint development,” says Allen Weeks. “But the biggest impact for scientists is getting access to so many quality lasers through one organisation.”

The ELI facilities will be open to scientists from the European Research Area and around the world. But with a seat in the Czech Republic and an equal facility in Hungary, ELI is Europe’s first large-scale research infrastructure located in Central European countries. It is a unique opportunity for scientists in that region and gives all the members unique access to leading edge technologies. In addition to the scientific impacts, ELI has already demonstrated its importance to European industry to establish leadership in laser technologies.

The commitments of Italy and Lithuania as founding members is critical to the establishment of the ELI ERIC. Italy has long supported ELI politically, but the main reasons for joining are to provide opportunities for collaboration with Italian scientists and institutions. Lithuania has long been a leader in laser science, technology and industry, with a number of experts in the field far exceeding that of larger countries. The United Kingdom has also long supported ELI and has strong scientific community with interests in the field. A number of other European countries and beyond have expressed interest in joining ELI ERIC after its establishment.

The regional impacts and impacts on the members are unprecedented, but the application as an ERIC establishes ELI as a truly European endeavour. Since its conception, ELI has been recognised by the European Strategy Forum on Research Infrastructures (ESFRI) as a key priority for European science and competitiveness already in 2006.

Related document:
Position Regarding the Inclusion of ELI-NP in ELI ERIC in agreement of the Founding Members of ELI ERIC