The Extreme Light Infrastructure project started as a bottom-up initiative by the European scientific laser community and the network of large national laser facilities, LASERLAB-EUROPE. In 2005, Gérard Mourou, who was awarded the Nobel Prize in Physics in 2018, first proposed the visionary idea of building lasers with 10 to even 100 petawatt output power. Only one year after, ELI joined the ESFRI roadmap. Later the decision was taken to build a distributed research infrastructure based on three separate pillars, each specialised in a different emerging field of the extreme light research: Secondary Beam Generation and Applications in Czech Republic (Dolní Břežany), Nuclear Physics in Romania (Măgurele) and Attosecond Physics in Hungary (Szeged). 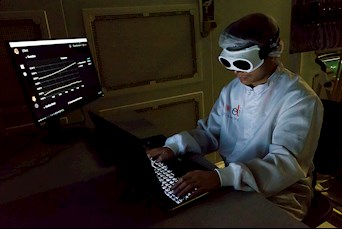 During a 3-year Preparatory Phase (2008-2010), the ‘ELI White Book’ was compiled in a coordinated effort by more than 100 scientific authors from 13 countries under the leadership of Gérard Mourou. Also, the ELI Consortium was set up. Shortly after, mandate was given to Czech Republic, Romania and Hungary to implement the three pillars.

The ELI Consortium handed over the coordination task to the ELI Delivery Consortium International Association, which was founded in 2013 as an international non-profit association under Belgian law. The Association was established to promote the sustainable development of the project, to support the coordinated implementation of the ELI research facilities, and preserve the consistency and complementarity of their scientific missions. ELI-DC was also responsible for the establishment of the ELI European Research Infrastructure Consortium (ERIC).

Established in April 2021, ELI ERIC’s main mission is to provide access to all ELI facilities with scientific excellence and best-in-class operations as guiding principles. ELI ERIC supports technology transfer and innovation, and encourages technical development in the field to the benefit of Europe's competitiveness both in laser science and technology.

The Founding Members of ELI ERIC include the Host Countries, the Czech Republic and Hungary. It also includes Italy, a supporter of ELI since the Preparatory Phase, and Lithuania, a leading country in laser physics. Germany and Bulgaria are Founding Observers, with ambitions toward future membership. Romania hosts the ELI-NP facility, an important scientific pillar, and intends to join ELI ERIC soon following its establishment.

ELI aims to have significant impact both in terms of science and applications. ELI brings together its scientific, engineering and medical missions for the benefit of industry and society alike. First of all, ELI opens up unprecedented new possibilities in particle physics, nuclear physics, high energy beam science, nonlinear field theory, and ultrahigh-pressure physics. Besides its fundamental physics mission, a paramount objective of ELI is to provide ultra-short energetic particle (10 to 100 GeV) and radiation (up to a few MeV) beams produced with compact laser plasma accelerators.

Furthermore, ELI is set to have a considerable impact on several fields of materials sciences, medicine, and environment protection. In collaboration with medical doctors, laser-driven ion beam therapy will be developed further. In materials science, ELI helps to clarify the mechanisms leading to defect creation and ageing of materials in nuclear reactors. Since the optical, X-ray and particle beams provided by ELI-lasers will be perfectly synchronised, they enable pump-probe investigations in a very broad range of energies for photon (eV–MeV) and particle beams (eV–GeV) with very high accuracy. 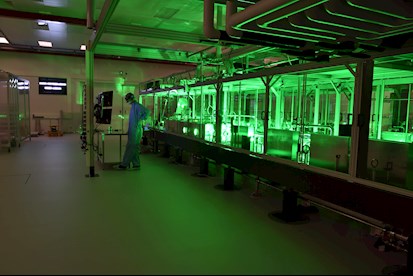 The Preparatory Phase (PP) of the ELI project started in November 2008 and finished in December 2010. It was funded by the European Commission with about 6 million euros.

The Construction/Implementation Phase, during which the facilities were built in parallel in the Czech Republic, Hungary and Romania, started in 2011 and was completed in 2018. The construction of the facilities was funded by a combination of European Regional Development Funds (ERDF) and national contributions from the host countries, totalling about 850 million euros.

During the Commissioning Phase, which ran from 2018 until the end of 2020, the initial systems were set up and the first user experiments were commissioned.

Currently, ELI is in its Initial Operations Phase, which will run until the end of 2023. During this Phase, focus is on consolidating the ERIC, integrating the operations, and organising joint user calls. The expectation is that ELI will enter Steady-State Operations in 2024.